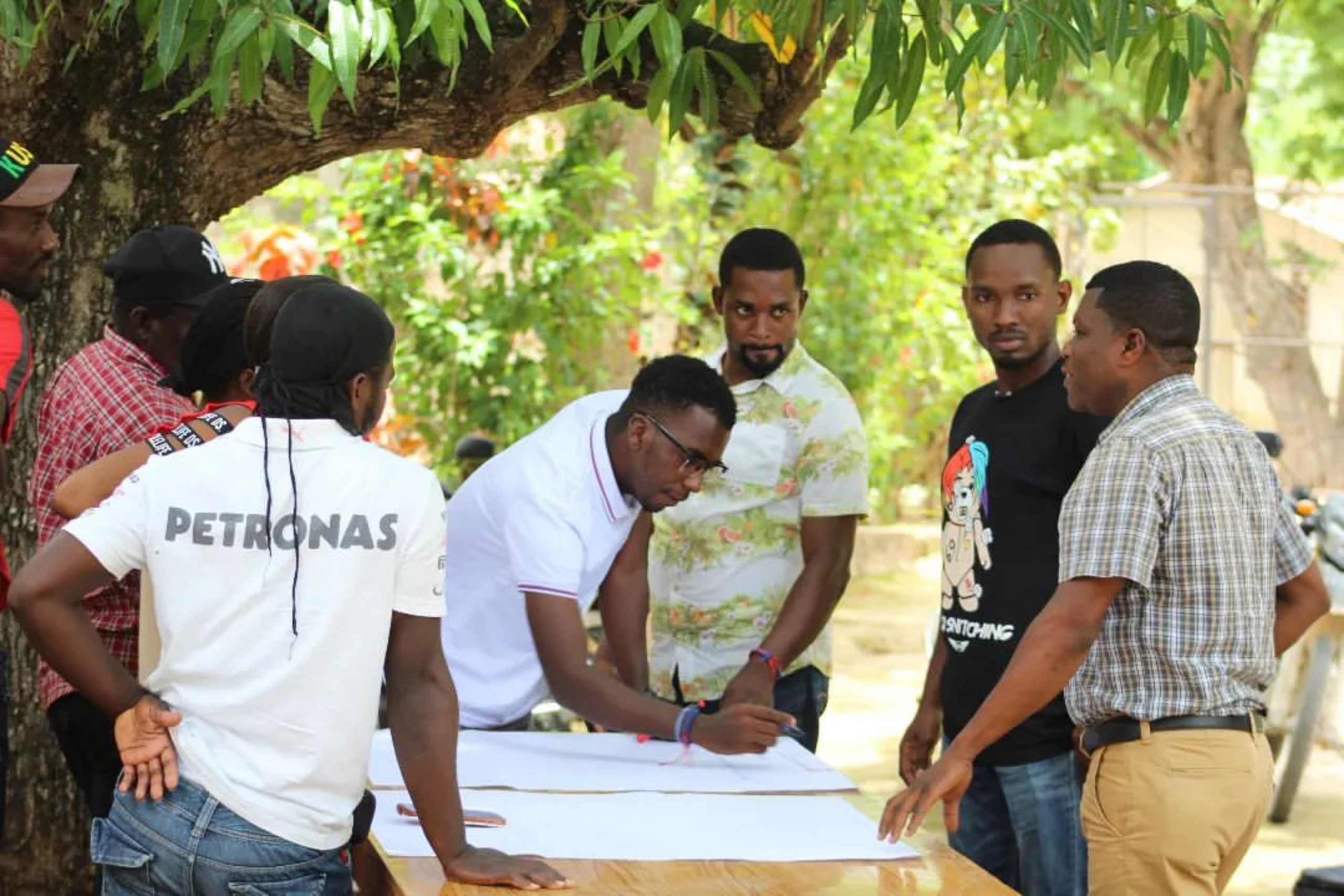 Here’s a riddle: What is the most valuable resource in the fight against poverty, that is also the most common?

We at Roots of Development believe in a world in which the very communities living in poverty are the ones leading the fight against it. Community members coming together to help one another and solve problems collectively—that’s what’s at the center of Development without Dependency. That’s why I’m so excited to share with you the new program from our Haitian partner Rasin Devlopman, Pase Mayèt.

Pase Mayèt is a phrase in Haitian Creole that literally translates to “pass the magnet,” but it more closely means “knowledge transfer.” As a part of Pase Mayèt, Agents of Change, who have already been trained in development and leadership skills by Rasin, are now going into their communities to train others, creating a network of community leaders that are primed to make a difference

One of Rasin’s first projects was training the Agents of Change (Volonte Pou Chanjman), a group of community leaders who have participated in hours of workshops on civic engagement, sustainable development, and collective leadership. These leaders have been trained, and now they are becoming true agents of change in their own communities through the Pase Mayèt program.

These Agents of Change, representing seven of La Gonave’s eleven communal districts, are leading workshops on Development without Dependency, leadership, community health, entrepreneurship, and more. In the last six months alone, they’ve held eleven of these trainings for 186 people, most of whom were women.

“Rasin Developman believes in people, and that is why we are helping to build the best Agents of Change who are involved in development at no cost to their communities.” – Rasin Devlopman Team

These workshops build the skills not only of those participating, but of those Agents of Change leading them as well, building a foundation out of La Gonave’s most precious resource–its people.

In the last six months, Rasin has supported six community development projects that have been proposed by the Agents of Change, and now, those who are being trained through Pase Mayèt can begin looking for ways their own communities can be improved, leading to even more change on the island.

We are so excited about what Pase Mayèt means for Rasin and its work on La Gonave, and hope you’ll continue to follow the progress made by the Agents of Change and Rasin Devlopman.